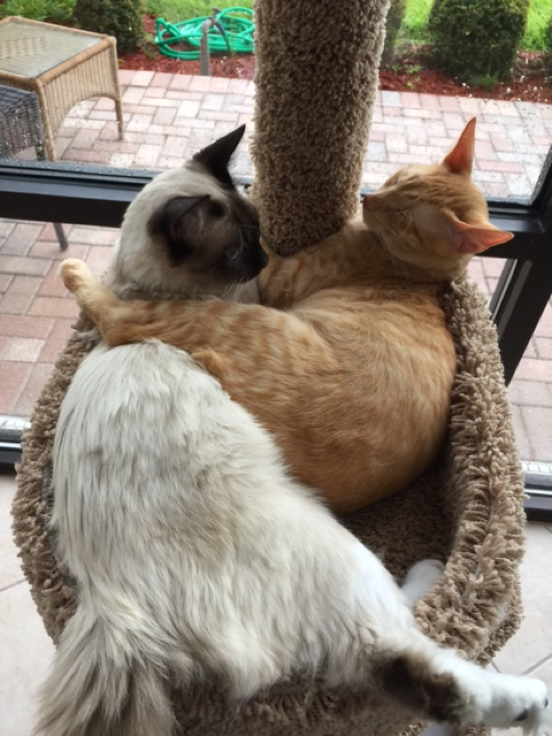 It was a dark and stormy night – well, afternoon. I was lonely and missing the presence of my dear cat Belle.

Then I got a call: LB had a cat for me! I was expecting the Siamese I’d been waiting for for weeks but, no, LB arrived with something altogether different – a long-haired cross between a Siamese and a Himalayan – blue eyes – a kitten named Grayson.

He was all boy and after me so much I decided to get him the orange Manx kitten I’d seen climbing the bars of his cage at the shelter –! This was for company for Grayson, and his name was Eeyore.

Then I had two rowdy juvenile male cats, both very loving when they weren’t being hooligans. I had to juvenile-proof my house.

We’ve been together a few months now and the boys are renamed “Frank” and “Beans”; the Manx is Beans and Grayson is Frank.

Beans has evolved into a golden retriever; he’ll play by the hour retrieving his mice. Frank is more laid back and I have learned that he is a Ragdoll cat, the breed is known for its sweet disposition and loving behavior.

Hence, my story comes to an end, and we all lived happily ever after. 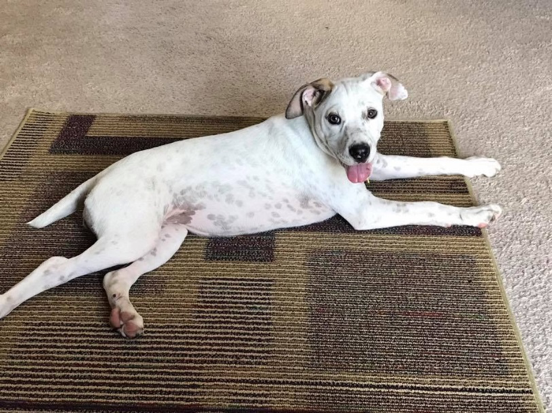 We’ve had Kali (Dixie) almost a month now. She’s weighing 23 lbs.! She’s such a great addition to our family, the cats even tolerate her. 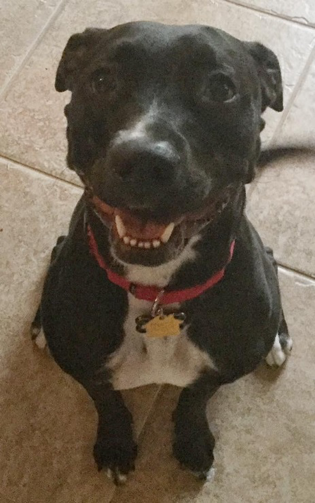 This is Archie’s face after meeting one of his fur-cousins for the first time! 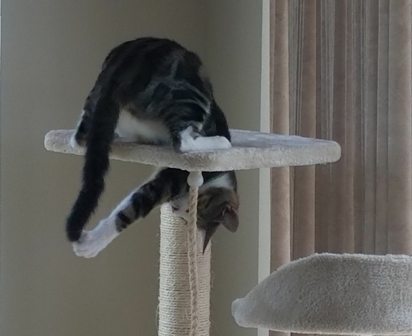 Todd … so funny and playful!  Here he is desperately trying for half an hour to catch his own tail … still a Joy! 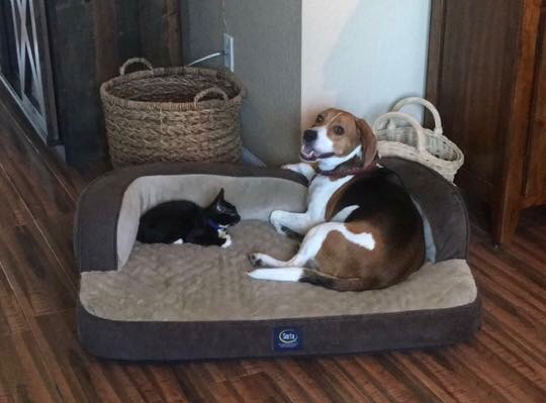 We just adopted Leo the kitten.  He’s getting settled in with his new best friend Renegade! 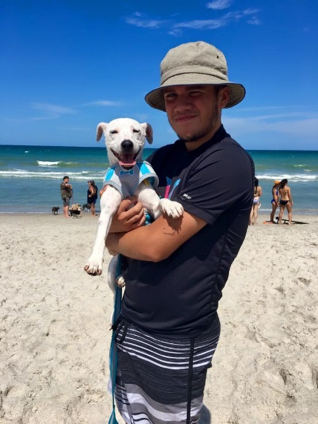